The show begins with Reggae! After years of ignoring KROQ music on Sundays, Walt finally sees the light! Fonz kicks off his summer travels by visiting Holland and does all sorts of romantic stuff! You know, dinners, jazz clubs, bike rides through tulip farms and sex shows?! If that weren’t enough, Fonz also attends King’s Day, a festival dedicated to the Dutch in Long Beach! Walt avoids becoming a hoarder and gets rid of all his DVDs. He also looks to adopt rock star, Jack White’s philosophy on working out and did we mention he sees the light? Literally, he sees light. After years of poor vision, Walt gets glasses. 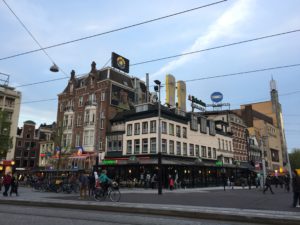